While steroids are prescribed to treat skin conditions such as eczematous rash and eczematous skin, prolonged use of these medications can diminish their effectiveness overtime.

Topical Steroid Withdrawal (also known as TSW Eczema) consist of a variety of symptoms that occur after discontinuing or reducing the application of topical steroids.

Rochelle, who has dealt with eczematous skin throughout most of her life, shares her story with TSW, and finding a TSW eczema treatment.

It all began around the age 6 with a subtle case of eczematous skin in the inner crease of my elbow, the typical minor eczema young kids get. My mother applied a prescribed corticosteroid cream on it sparingly. It went away and thankfully never returned.

In my teens, I developed a case of lip eczema, I think as an allergic reaction to a lip product, and I used a prescribed steroid cream sparingly maybe for a couple of months until it went away. It wasn’t until an allergic reaction that sprang up around age 20, from using a skincare product with hyaluronic acid and an eyeshadow, that prescription steroid creams started to take a toll on my body.

ILW Recommends: Is it Just Eczema or Topical Steroid-Induced Eczema?

First I was prescribed desonide, which had a short-lived effect, so doctors upped the ante with a stronger steroid, triamcinolone acetonide. I started using a little of it on my lips, in case they had a reaction with any makeup or lip product, a preventative measure I suppose, and for the moisture—that petroleum jelly base made my lips feel like heaven!

After about a year of using it a few times a month, I developed a patch of eczematous rash on my neck and thought, “Well that’s weird”, as I didn’t use any product in that area that could’ve caused a contact dermatitis-type eczema.

Soon after, hell ensued on my body. I began having chronic yeast infections, became allergic to dogs when I never was allergic to them before, and the eczematous rash started spreading insidiously all over my body. My dermatologist performed many tests, including a food allergy test, and no allergies came up—all my test results came back normal. He concluded that I had “incurable eczema”. I was doomed…” incurable eczema?”, I thought.

I sought a second opinion from one of San Diego’s leading dermatologists, and she chalked it up to the same conclusion. I was absolutely bewildered and disheartened. I thought, how could this happen to me? I’ve been a healthy person all my life. When I went back for a check-up with the former dermatologist, he suggested I go on cyclosporine, a renal transplant anti-rejection medicine that required quarterly monitoring. I had enough.

The rashes had spread and it became increasingly hard to function. At this point I had graduated to fluocinonide. I had so many red, itchy blotches of eczema everywhere, and people were constantly asking me at work what happened to my skin.

I quit my job, quit school, became severely depressed, and began having suicidal ideation. I had already been scouring the internet for an answer for about two years when one night, I dropped to my knees, lamented to God, and about ten minutes later, I went online and the words “Red Skin Syndrome” appeared in my mind. I thought I would try those words in the search bar and lo and behold, the cofounder of ITSAN’s web page popped up. Her story was very similar to mine. I read the linked studies by Dr. Marvin Rapaport, and my journey to healing soon began.

I started TSW eczema treatment May 2011 and healed 100% in December 2012. It took me 19 months to heal. I’ve been healed for a total of 6 years now. I’d had no Red Skin Syndrome/TSW eczema flares since then, but I have had bouts of facial eczema (the contact dermatitis) since then from a contact allergy.

If it wasn’t for ITSAN, I don’t know if I would be here today. I am forever thankful for their tremendous amount of support, resource, and advocacy.

If you’re suffering from Topical Steroid Withdrawal/Red Skin Syndrome, please seek medical attention immediately. Also – if you are suffering from depression or anxiety from this condition, it’s important to remember that you are not alone. Seeking help from both a medical doctor, as well as a therapist or psychologist is important, as the journey can be difficult. 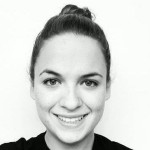